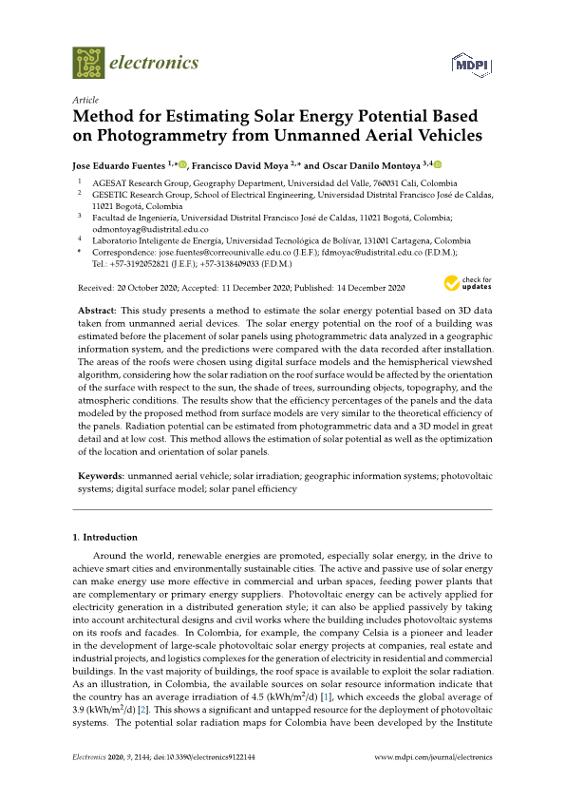 Artículo principal (12.95Mb)
Author
Fuentes, Jose Eduardo
Moya, Francisco David
Montoya, Oscar Danilo
University
Universidad Tecnológica de Bolívar
Metadata Show full item record
Abstract
This study presents a method to estimate the solar energy potential based on 3D data taken from unmanned aerial devices. The solar energy potential on the roof of a building was estimated before the placement of solar panels using photogrammetric data analyzed in a geographic information system, and the predictions were compared with the data recorded after installation. The areas of the roofs were chosen using digital surface models and the hemispherical viewshed algorithm, considering how the solar radiation on the roof surface would be affected by the orientation of the surface with respect to the sun, the shade of trees, surrounding objects, topography, and the atmospheric conditions. The results show that the efficiency percentages of the panels and the data modeled by the proposed method from surface models are very similar to the theoretical efficiency of the panels. Radiation potential can be estimated from photogrammetric data and a 3D model in great detail and at low cost. This method allows the estimation of solar potential as well as the optimization of the location and orientation of solar panels.