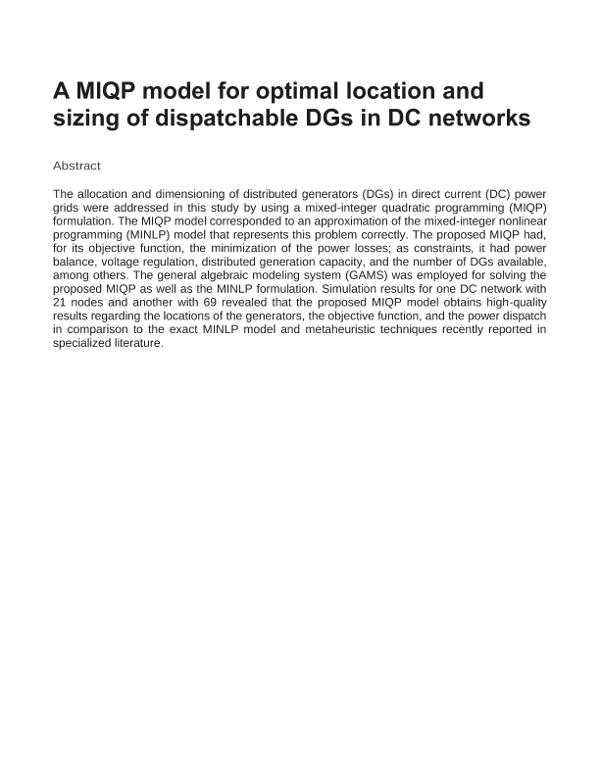 80.pdf (60.02Kb)
Author
Montoya, Oscar Danilo
Gil-González, Walter
University
Universidad Tecnológica de Bolívar
Metadata Show full item record
Abstract
The allocation and dimensioning of distributed generators (DGs) in direct current (DC) power grids were addressed in this study by using a mixed-integer quadratic programming (MIQP) formulation. The MIQP model corresponded to an approximation of the mixed-integer nonlinear programming (MINLP) model that represents this problem correctly. The proposed MIQP had, for its objective function, the minimization of the power losses; as constraints, it had power balance, voltage regulation, distributed generation capacity, and the number of DGs available, among others. The general algebraic modeling system (GAMS) was employed for solving the proposed MIQP as well as the MINLP formulation. Simulation results for one DC network with 21 nodes and another with 69 revealed that the proposed MIQP model obtains high-quality results regarding the locations of the generators, the objective function, and the power dispatch in comparison to the exact MINLP model and metaheuristic techniques recently reported in specialized literature.