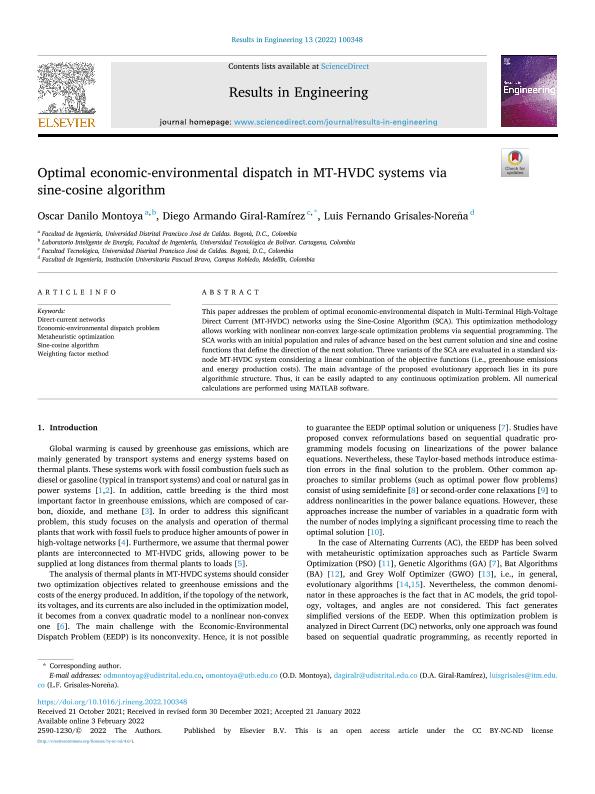 This express brief shows a convex quadratic approximation for the optimal power flow (OPF) in direct-current microgrids (dc-μ Grid) via Taylor's series expansion. This approach can be used for solving OPF problems on radial and meshed dc-μ Grids with multiple constant power terminals, allowing to cover a wide range of configurations. Two test dc-μ Grids with 10 and 21 nodes were used to validate the proposed model. Nonlinear large-scale solvers were employed to compare the proposed linearization with the conventional nonlinear nonconvex model. © 2004-2012 IEEE.