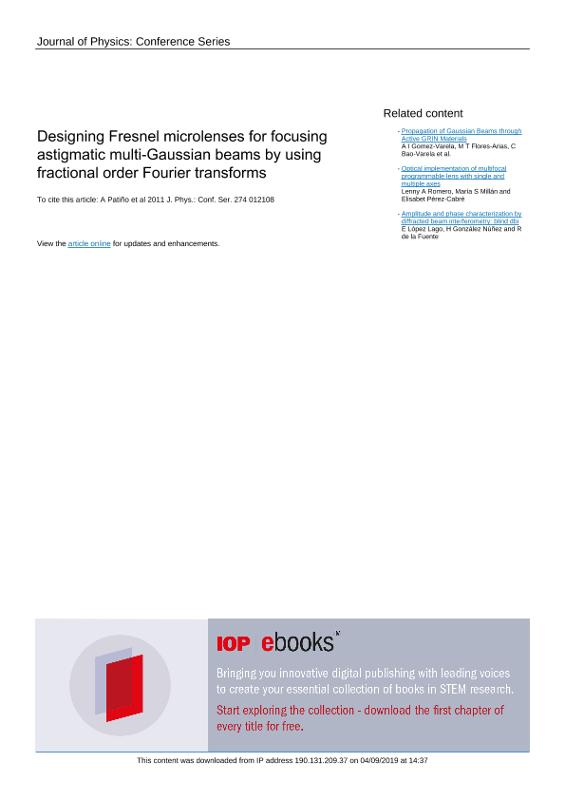 DOI10_10881742-65962741012108.pdf (2.023Mb)
Author
Patiño, A.
Durand, P.E.
Fogret, É.
Pellat-Finet, P.
University
Universidad Tecnológica de Bolívar
Metadata Show full item record
Abstract
According to a scalar theory of diffraction, light propagation can be expressed by two-dimensional fractional order Fourier transforms. Since the fractional Fourier transform of a chirp function is a Dirac distribution, focusing a light beam is optically achieved by using a diffractive screen whose transmission function is a two-dimensional chirp function. This property is applied to designing Fresnel microlenses, and the orders of the involved Fourier fractional transforms depend on diffraction distances as well as on emitter and receiver radii of curvature. If the emitter is astigmatic (with two principal radii of curvature), the diffraction phenomenon involves two one-dimensional fractional Fourier transforms whose orders are different. This degree of freedom allows us to design microlenses that can focus astigmatic Gaussian beams, as produced by a line-shaped laser diode source.