Play, urban spaces and children's capabilities : a pilot study in the neighbourhood of La Candelaria in Cartagena, Colombia / 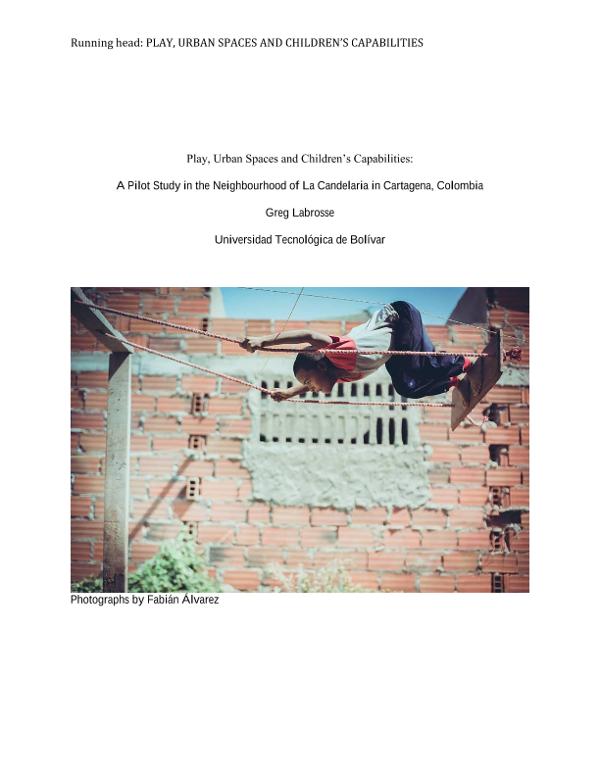 The capabilities approach to human development, first articulated by Amartya Sen in the late 1980s, is a theoretical framework concerned with the evaluation of human well-being. Sen defines the concept of well-being as “individuals‟ capability of achieving the kinds of lives they have reason to value” (Sen, 2000). As such, a person‟s set of capabilities reflects the amount of freedom he or she has to lead the type of life they aspire to live. Sen distinguishes capabilities from the notion of functionings which he defines as the various things a person may value doing or being. As Sen explains, “the difference between a functioning and a capability is similar to the difference between an achievement and the freedom to achieve something, or between an outcome and an opportunity” (2000).