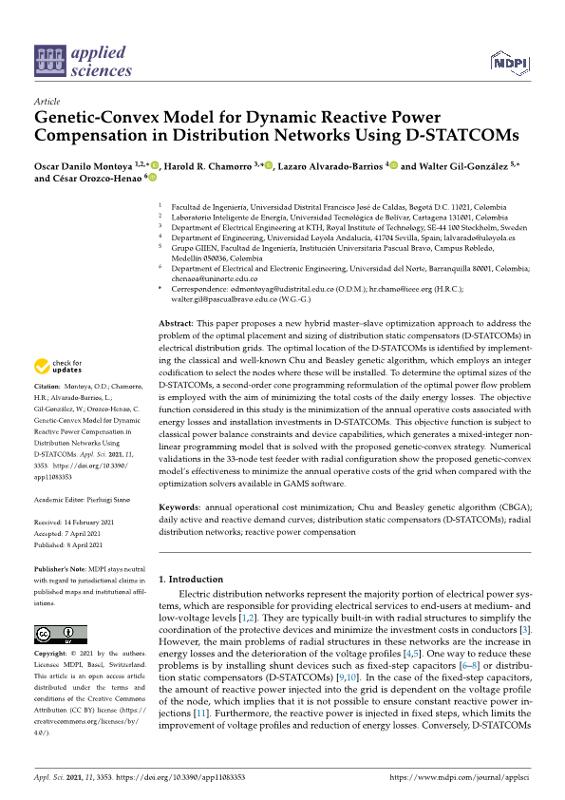 This paper proposes a new hybrid master–slave optimization approach to address the problem of the optimal placement and sizing of distribution static compensators (D-STATCOMs) in electrical distribution grids. The optimal location of the D-STATCOMs is identified by implementing the classical and well-known Chu and Beasley genetic algorithm, which employs an integer codification to select the nodes where these will be installed. To determine the optimal sizes of the D-STATCOMs, a second-order cone programming reformulation of the optimal power flow problem is employed with the aim of minimizing the total costs of the daily energy losses. The objective function considered in this study is the minimization of the annual operative costs associated with energy losses and installation investments in D-STATCOMs. This objective function is subject to classical power balance constraints and device capabilities, which generates a mixed-integer nonlinear programming model that is solved with the proposed genetic-convex strategy. Numerical validations in the 33-node test feeder with radial configuration show the proposed genetic-convex model’s effectiveness to minimize the annual operative costs of the grid when compared with the optimization solvers available in GAMS software.