Opportunistic renegotiation of infraestructure concessions as rent seeking : the effect of legal systems 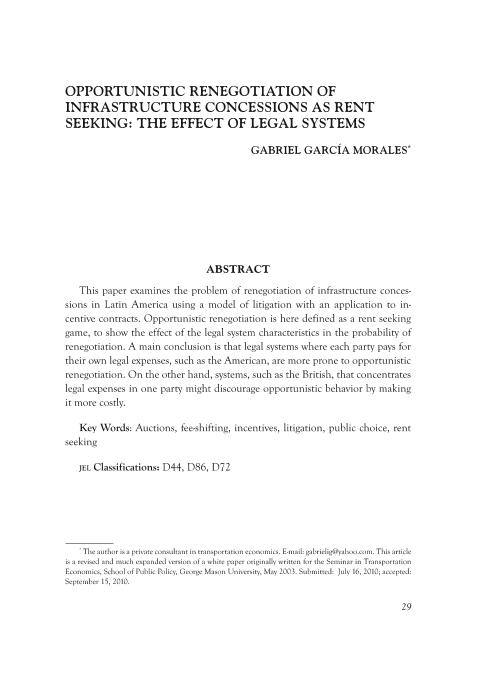 This paper examines the problem of renegotiation of infrastructure conces-sions in Latin America using a model of litigation with an application to in-centive contracts. Opportunistic renegotiation is here defined as a rent seeking game, to show the effect of the legal system characteristics in the probability of renegotiation. A main conclusion is that legal systems where each party pays for their own legal expenses, such as the American, are more prone to opportunistic renegotiation. On the other hand, systems, such as the British, that concentrates legal expenses in one party might discourage opportunistic behavior by making it more costly.