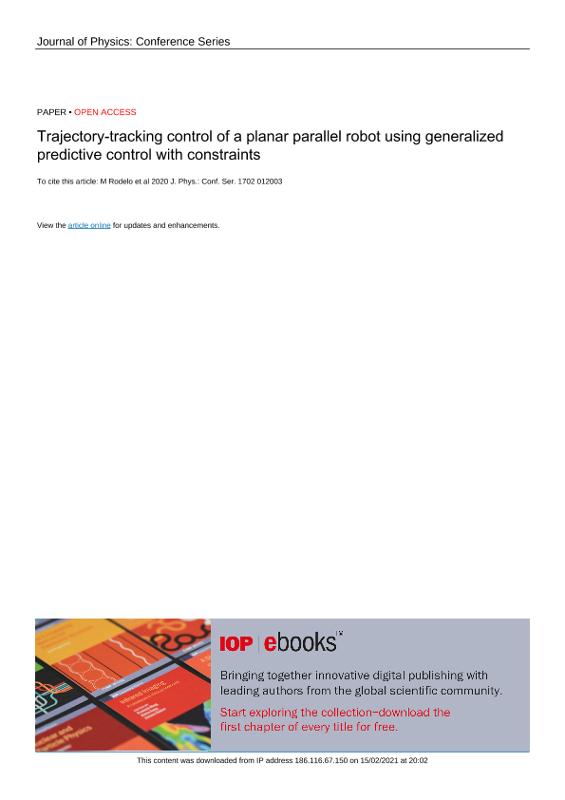 Ponencia (1.450Mb)
Author
Rodelo, M
Villa, J L
Yime, E
University
Universidad Tecnológica de Bolívar
Metadata Show full item record
Abstract
This paper presents the generalized predictive control with constraints, implemented to a planar parallel robot in order to calculate and track the desired trajectory of the end-effector of this robot. The manipulator is driven by three brushless direct current motors, and each one has an encoder to measure the velocity and rotation angles of the motors. Three constraints were considered to interact with the control law: control signal, terminal response and the over impulse constraints. The performance of the control law is evaluated in the simulation environment using Matlab/Simulink with the physic model developed through simscape multibody. The angular position and velocity errors for each of the three motors were calculated. Likewise, the output torques for each one were estimated. The results proved that the control law proposed with the constraints imposed for each motors has a good efficiency with a stable response time of the robot in performing the trajectory tracking, contributing to the scientific community a strategy of predictive optimization of control actions with multiple constraints applied on parallel robots.