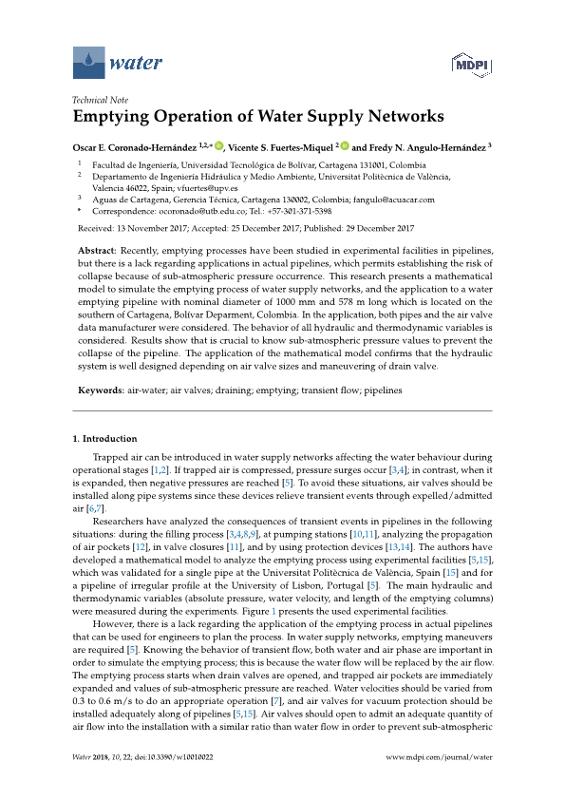 DOI10_3390w10010022.pdf (8.698Mb)
Author
Coronado-Hernández, O.E.
Fuertes-Miquel, V.S.
Angulo-Hernández, F.N.
University
Universidad Tecnológica de Bolívar
Metadata Show full item record
Abstract
Recently, emptying processes have been studied in experimental facilities in pipelines, but there is a lack regarding applications in actual pipelines, which permits establishing the risk of collapse because of sub-atmospheric pressure occurrence. This research presents a mathematical model to simulate the emptying process of water supply networks, and the application to a water emptying pipeline with nominal diameter of 1000 mm and 578 m long which is located on the southern of Cartagena, Bolívar Deparment, Colombia. In the application, both pipes and the air valve data manufacturer were considered. The behavior of all hydraulic and thermodynamic variables is considered. Results show that is crucial to know sub-atmospheric pressure values to prevent the collapse of the pipeline. The application of the mathematical model confirms that the hydraulic system is well designed depending on air valve sizes and maneuvering of drain valve. © 2018 by the authors.